In the last five years, Mali witnessed one of the most violent periods in its history. Previously in the North, the insecurity has today shifted towards the centre, in the Mopti region, as well as in Ségou and Sikasso, and, to a lesser extent, in the Kayes region. A fragmented rebellion, a restructured jihadism and a passive government are delaying the implementation of the peace and reconciliation agreement signed in 2015.

Despite the Nigerian army’s fight against Boko Haram and the joint military actions in the cross-border area of Chad, the islamist group, whose relations with the Islamic State have had ups and downs, is still resisting and its actions have now extended to the Lake Chad basin.

The security situation remains delicate on the borders with Mali, Libya and Nigeria, notably in Diffa against Boko Haram. The regions of Tillabery and North Tahoua have also been affected by jihadist attacks and drug traffickers. In June 2017, the government extended the state of emergency, and the country is now at the centre of the new G5 Sahel military operation in cooperation with Operation Barkhane and MINUSMA troops. Niger suffers from chronic food insecurity and regular natural crises, including severe droughts. These difficulties are simultaneously aggravated by one of the strongest population growth in the world.

Conflicts in neighbouring countries, the drying up of Lake Chad and the low oil prices since 2014 weigh on the political stability of the country. After 15 years of strong GDP growth per capita, the poverty rate has started to rise again since 2014. The country is host to approximately 400,000 refugees from South Sudan, the Central African Republic and Nigeria, adding to the many displacements of Chadians within the country. Following the wave of deadly suicide bombings in 2015, the country, still suffering from sporadic attacks, has taken the lead in the military coalition (G5) established to eradicate terrorism in the region.

The instability continues in the Central African Republic despite its political transition more than a year ago and the growing presence of United Nations forces and African troops in the country. Confrontations between communities persist and prevent any economic recovery. The population suffers from a growing food deficit and only survives thanks to the assistance of NGOs and UN humanitarian organisations, which estimate that 70% of the population is food insecure and that 50% of this population suffers from hunger.

Tuaregs in the Sahel

The Tuaregs, traditionally nomadic, began to settle down in the second half of the 20th century. The Tuaregs (1 to 3 million people, the majority [85%] of whom live in Mali) live today in central Sahara and parts of the Sahel, in a territory that covers five countries: Algeria, Libya, Mali, Niger and Burkina Faso. In 2012, this vast region was transformed into a sanctuary and base for jihadist operations, until the launch of French military Operation Barkhane in August 2014. Since 2015, the peace agreement to stabilise northern Mali fails to be implemented. 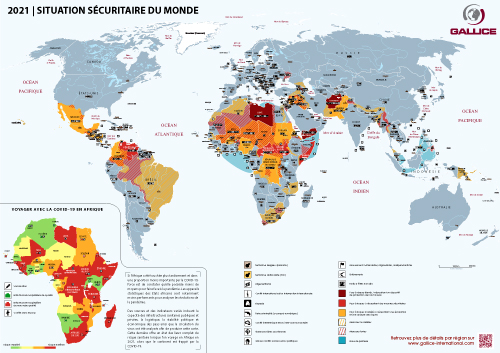